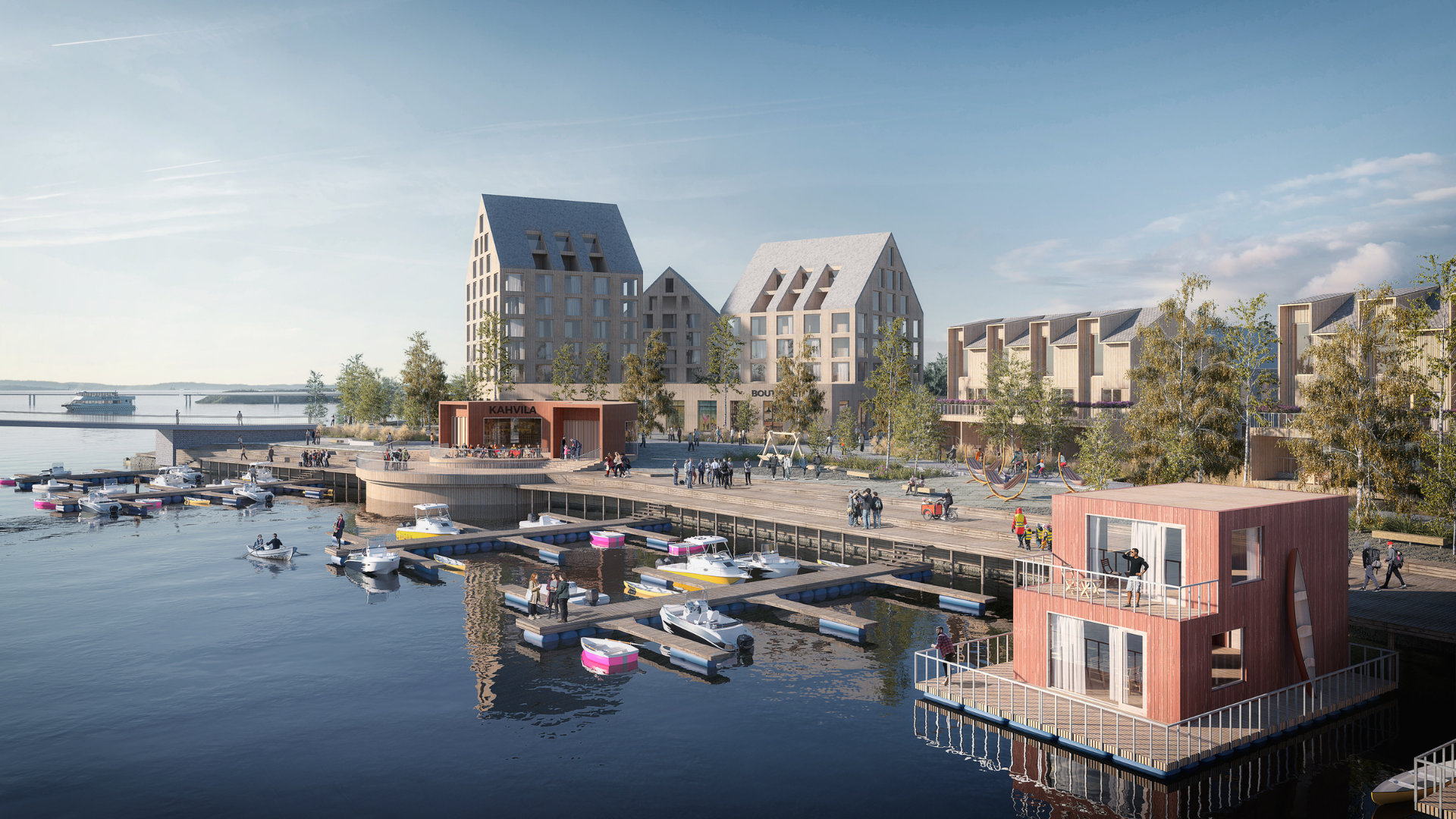 Close your eyes and imagine a modern, communal way of village living – one that not only pays homage to history but also offers today’s potential for various stages and styles of life. Now you are thinking about Hartaanselänranta where a new residential district for Oulu Housing Fair 2025 is being built.

Oulu Housing Fair will take place in the summer of 2025 in the beautiful Oulu River estuary landscape in Hartaanselänranta district. This will be the setting of a new, stimulating living environment offering versatile possibilities for outdoor activities and city culture for future residents, all the people of Oulu, and visitors, too.

The Hartaanselänranta neighbourhood will consist of multiple types of housing, including stylish apartment buildings and small residential buildings, fashionable town houses and little private houses. Also being planned is a floating residential block, which is a rarity in Finland.

A higher grade of community in nature’s embrace

The Hartaanselänranta district covers both sides of the Hartaanselkä watershed in the Oulu River estuary. The new neighbourhood will rise in places where not only water but different people and cultures as well as new ideas and inspirations have flowed through the years.

The pleasant winds of the district’s lively history still blow today, and an open community spirit can be sensed in the DNA of the area: all kinds of people and businesses are welcome here! The communal, humane spirit that is so typical of Oulu is tangible in the multiple types of residents and housing here as well as in the atmosphere and environment of doing things together.

In the future, the new district will offer residents functional everyday living in harmony with the surrounding nature. The blue-green infrastructure of the area has been considered in the plans, with additional surveys on the nature and landscape. The aim is to preserve as much forest and coastal bush area for birdlife as possible in Hietasaari Island and pay attention to meadows in the plans. Hartaanselänranta district also aims to participate in development projects supporting carbon neutrality, with efforts to facilitate environmentally friendly and car-free traffic in the area.

Vitality for everyone through a new kind of housing

The Hartaanselänranta district will become an appealing and refreshing alternative for spending your free time – whether you are riding a bike or a wheelchair, for example. The district exemplifies what Oulu is all about for various target groups from travellers and fitness enthusiasts to city developers.

The problems of the future will be solved in Oulu with a higher grade of smartness, and Hartaanselänranta will be included in the creation of future success. The district strives to develop alongside its entrepreneurs and businesses and thus facilitate new and innovative forms of enterprise.

The foundation of the plans for Hartaanselänranta is to support unhurried everyday living, ecology, and communality: Could drones deliver residents’ food orders to their doorstep? Would it be feasible to utilise the waste heat from buildings in the heating and cooling of apartments? Could a boat or a car be rented easily and flexibly according to personal needs, instead of owning one? Would it be possible to find support for daily chores nearby, or likeminded company for taking a run or pursuing other leisure activities?