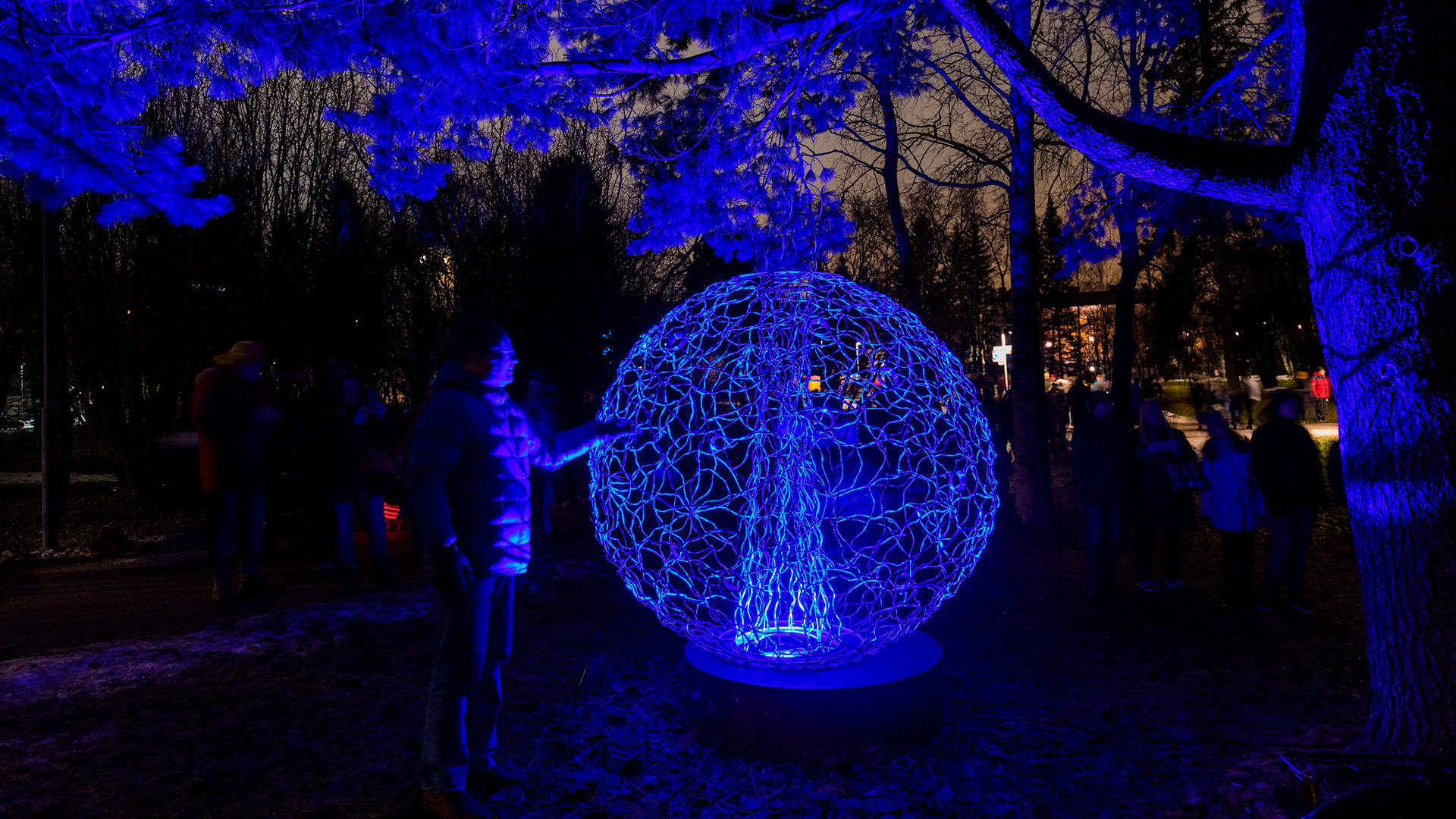 Hey, have you heard about Oulu? The amazing, big city that is still so cosy and compact?

Read about the laid-back home of more than 200 000 inhabitants, where you can travel from any location to another in 20 minutes. Find out about the education and research hub that is also represented around the world as the birthplace of wild cultural ideas – as it happens, Oulu is also the European Capital of Culture for 2026!

1. The average Oulu resident is easy-going, sociable, hospitable, helpful, and fair. However, they often have a slightly quirky sense of humour (quite normal by local standards) and do not hesitate to show it.

2. An Oulu resident is also creative, sometimes in their own peculiar way. Besides the wireless technology that has revolutionised global communications, the people of Oulu have also come up with innovations such as the Air Guitar World Championships, pitching business ideas from a hole in the sea ice, and a male choir that does not sing but shouts.

3. Oulu Airport is so vividly operated that it is almost the busiest one in Finland. Without the Helsinki Airport, this would actually be the case.

4. Oulu people love cycling regardless of the season. In fact, Oulu has unofficially been called the winter cycling capital of the world. Many media from abroad have visited Oulu in the winter for amazed reports about the season’s bike traffic and cycleway maintenance in any weather.

The cycleway network in Oulu is quite extensive, too: Toward the end of 2021, there are nearly 1000 kilometres of cycleways in and around the city, and more are being built all the time. Besides the regular cycleways, new Cycling Superhighways are being constructed for the busiest routes from the city centre to outer districts.

5. The wind in Oulu is a classic: it will always blow against you, no matter which way you are heading. The people in Oulu have even developed a special Oulu expression that you may see on the faces of bikers in a headwind. However, the benefits of wind are vital to the area. Nowadays, the Oulu region is the most significant hub of wind power construction that creates sustainable energy and brings new jobs.

6. Sometimes you may hear geographically incorrect statements about Oulu being part of Lapland. Although this is not the case, we are not all that far. The distance between Oulu and the border of Lapland is only about 80 kilometres. From there on, the journey to the stately mountains up north is easy and quick. If you want to have a holiday in the Swedish or Norwegian Lapland for a change, the distance is not much longer either.

7. Winter sport lovers do not even have to go to Lapland to conquer new hills or visit familiar ones. The southernmost fell in Finland, Iso-Syöte, is only about a 1.5-hour drive northeast of Oulu – about halfway to an even bigger fell, Ruka in Kuusamo. If skiing down from such high peaks turns your knees into jelly, there is a ski centre even in Oulu. Believe it or not, the Ruskotunturi ski centre was built on landfill. The gentle and short slopes there are perfect for smaller children and those who fear heights, while the more reckless can enjoy faster speeds in the snow parks.

8. In Oulu, you can experience all the seasons at their most beautiful. Spring and summer are nice and warm, and autumn covers the city in all the colours the season has to offer. For a big part of the year, though, snow and sub-zero temperatures dictate the conditions. Here you do not have to worry about not getting a white Christmas.

9. Every day, you probably use wireless technology that was developed in Oulu. Actually nearly three billion other people around the world do, too. Oulu has pioneered this technology globally for half a century. As a result, 5G lives in Oulu, and 6G research has also been kicked off here. Nokia is the biggest private employer in the region, but in Oulu they do not make rubber boots or car tyres.

10. Do you know which northern city will become the European Capital of Culture in 2026? Well, Oulu, of course. We already have a multitude of fabulous events throughout the year. When it comes to music, there are big festivals for tens of thousands of visitors as well as more compact events organised by local associations and clubs. In the metal capital of Finland (if not the world), there are also special festivals to serve true genre enthusiasts. The two-week Oulu Music Festival offers something for all tastes every spring.

Festivals in Oulu are not just about music, though. Held annually toward the end of November at the darkest time of the year, Lumo Light Festival can attract more than 100 000 spectators to admire international light art installations.

+ There are many big things under development in Oulu right now – before Oulu becomes the European Capital of Culture in 2026, the city has the honour of hosting the national housing fair in 2025. This means building a whole new residential district on the waterfront in the Oulu River estuary, of course keeping in mind the principles of sustainability, the values of nature, and the needs of every Oulu resident.