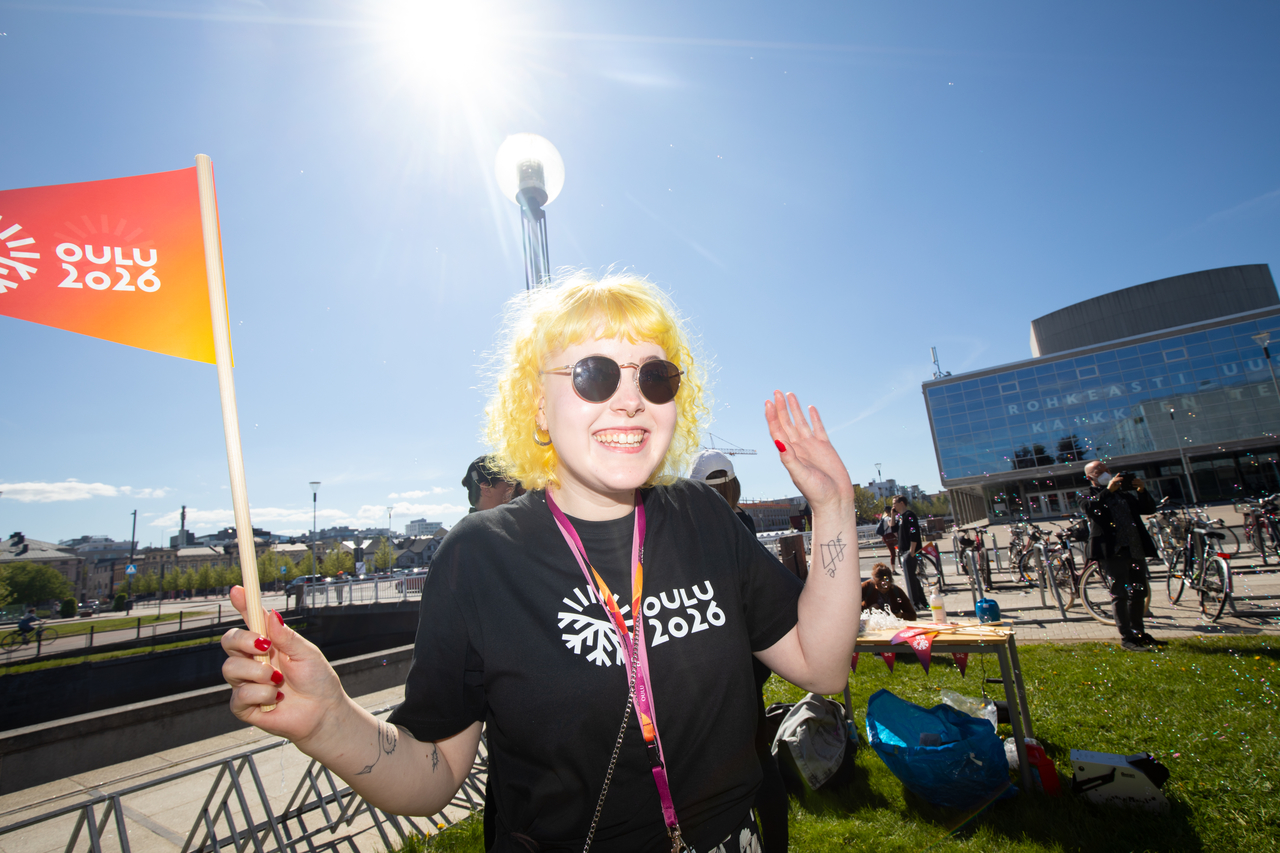 Oulu is the European Capital of Culture for 2026! What does this mean? Well, of course it means a fantastic festival year when close to 500 events take over Oulu and the north of Finland.

If you fear that the project is just about arranging a one-year festival, stop worrying! The concept entails years of urban development that will pack northern Finland with new vitality and energy. First and foremost, the status will bring European visibility to the region, joy to the residents, and new forms of cooperation to the field of culture!

The European Capital of Culture brand is one of the most recognised forms of operation by the European Union. It highlights the significance of cities as centres for cultural life. Oulu and Finland will become a vibrant city and region that emanates even more creativity, attracts visitors and engages new residents – while taking care of the current ones, of course.

Read more about Oulu2026 activities (opens in a new tab)

Let’s get more out of culture together!

Collaboration is the driving force of Oulu2026 activities. A wide spectrum of experts from different sectors of the society have already been gathered together in Oulu and the project region, and the work continues. Anyone can join in!

Become a Cultural Ambassador, hear about topical project issues firsthand, and speak for the project in your own communities.

Become a Cultural Ambassador (opens in a new tab)

Why the Capital of Culture?

A city with the title of European Capital of Culture gets loads of international attention starting with the selection and carrying far into the future – way beyond the duration of the title year.

KansInternational projects and substantial European visibility increase the number of travellers, which in turn materialises in economic vitality, a vibrant cityscape, busy hotels, and bustling restaurants. As Capital of Culture, Oulu has the opportunity to introduce a special, new angle to decision-making also outside of culture – hence adding vibrancy and vigour to the whole of northern Finland!

To take things to a practical level: doesn’t it sound magnificent that all this development will result in Oulu and northern Finland becoming an increasingly creative and vibrant region? And that the local residents will benefit from a versatile cultural selection in a city that is full of life, because people participating in cultural activities feel better and stay more active? Or that more and more people will be employed by the creative industries while the whole region becomes more open and international due to European cooperation? We think so, too!

Learn more about the themes! (opens in a new tab)

The cultural programme is not implemented by the Oulu2026 organisation – instead, most of the projects are carried out by its extraordinary partners. Open applications provide access to the cultural programme which will grow during the years to its ultimate, noteworthy scale. Join the cultural climate change and do not hesitate to enquire about collaboration and visibility partnerships by contacting the Oulu2026 team!

What is the European Capital of Culture all about?